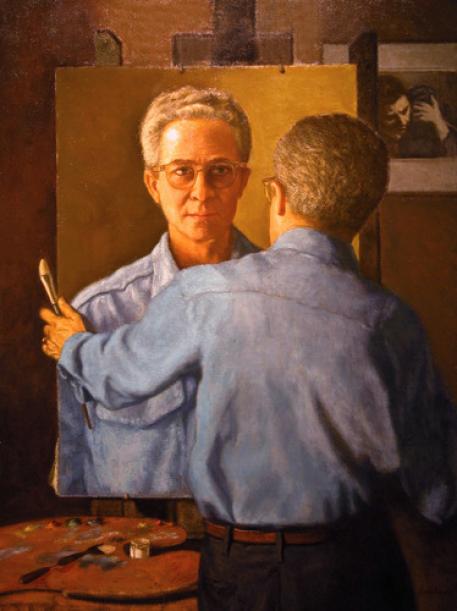 Lithographer, Painter & Educator
Born in the Ukraine, Bookbinder came to the United States as a young boy. He became an American citizen and was educated in prestigious Philadelphia are schools. He received a BS inEducation from the University of Pennsylvania (1934), a Certificate from the Pennsylvania Academy of the Fine Arts (1930-1934), a Master of Fine Arts from the Tyler School of Temple University (1946), and a Doctor of Fine Arts (honorary) from Moore College of Art (1976).
In a career that spanned 60 years, Jack Bookbinder achieved outstanding recognition as a painter and lithographer. Bookbinder's paintings are realistic com-positions with a strong underlying abstract structure. Lithographs were built up with grease crayon, then needle-etched with care to create monochrome surfaces. A serious painter, Bookbinder maintained a Philadelphia studio where he could work away from distraction.
As an Educator, Bookbinder served on the faculties of the Barnes Foundation (1937-1944), The University of Pennsylvania (1946-1959), and The Pennsylvania Academy of the Fine Arts (1949-1961). As Art Director of the Philadelphia public schools from 1959 to 1977, he headed the art department of one of the largest public school systems in the nation.
Born 1911 - 1990 Died
Philadelphia, Pennsylvania


Retrospective Exhibition
As curator of the Jack Bookbinder retrospective in 1994 at the American College in Bryn Mawr, Pennsylvania, I am proud to have been associated with this project.                             I was selected by Bella Bookbinder, Jack's widow, not simply due to my career in the arts, but primarily because of my 30 year association with the family. Jack was my good friend, my former father-in-law, and grandfather to my son, Loren Bookbinder. Jack passed away in 1990. Bella and I worked together to amass the impressive grouping ... which reflects a lifetime's work. We were gratified that the American College recognized Jack Bookbinder as one of Philadelphia's preeminent creative forces. Dyann Juliano 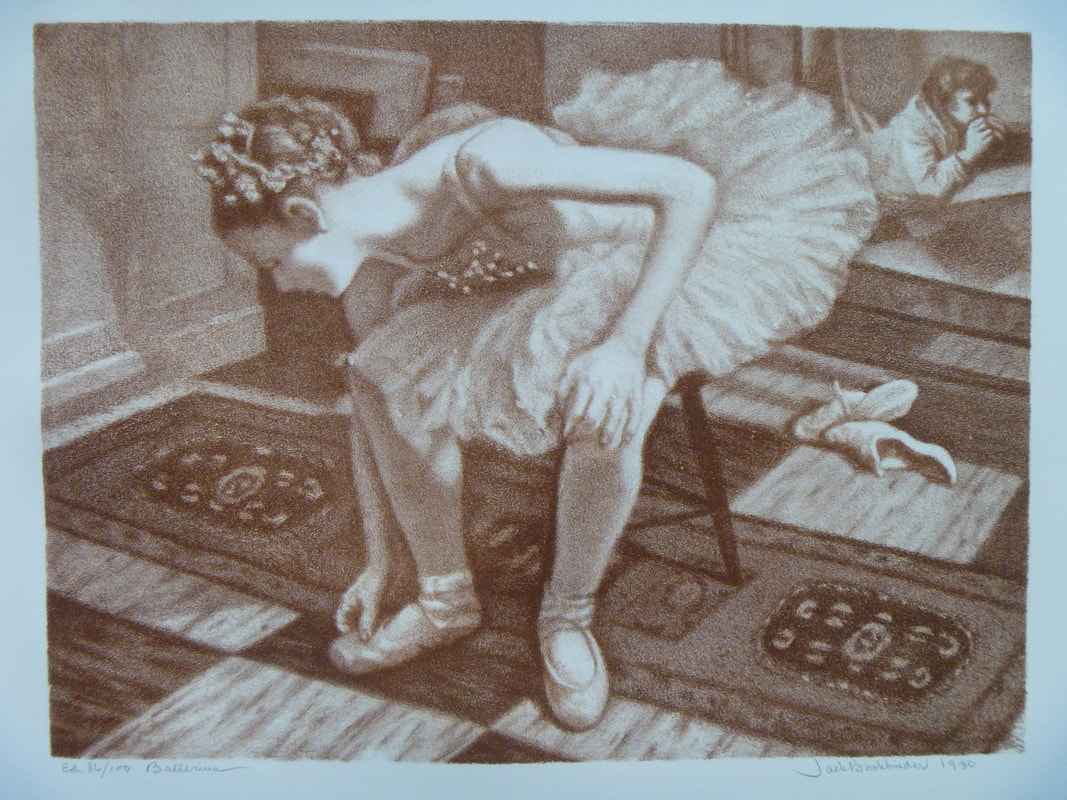